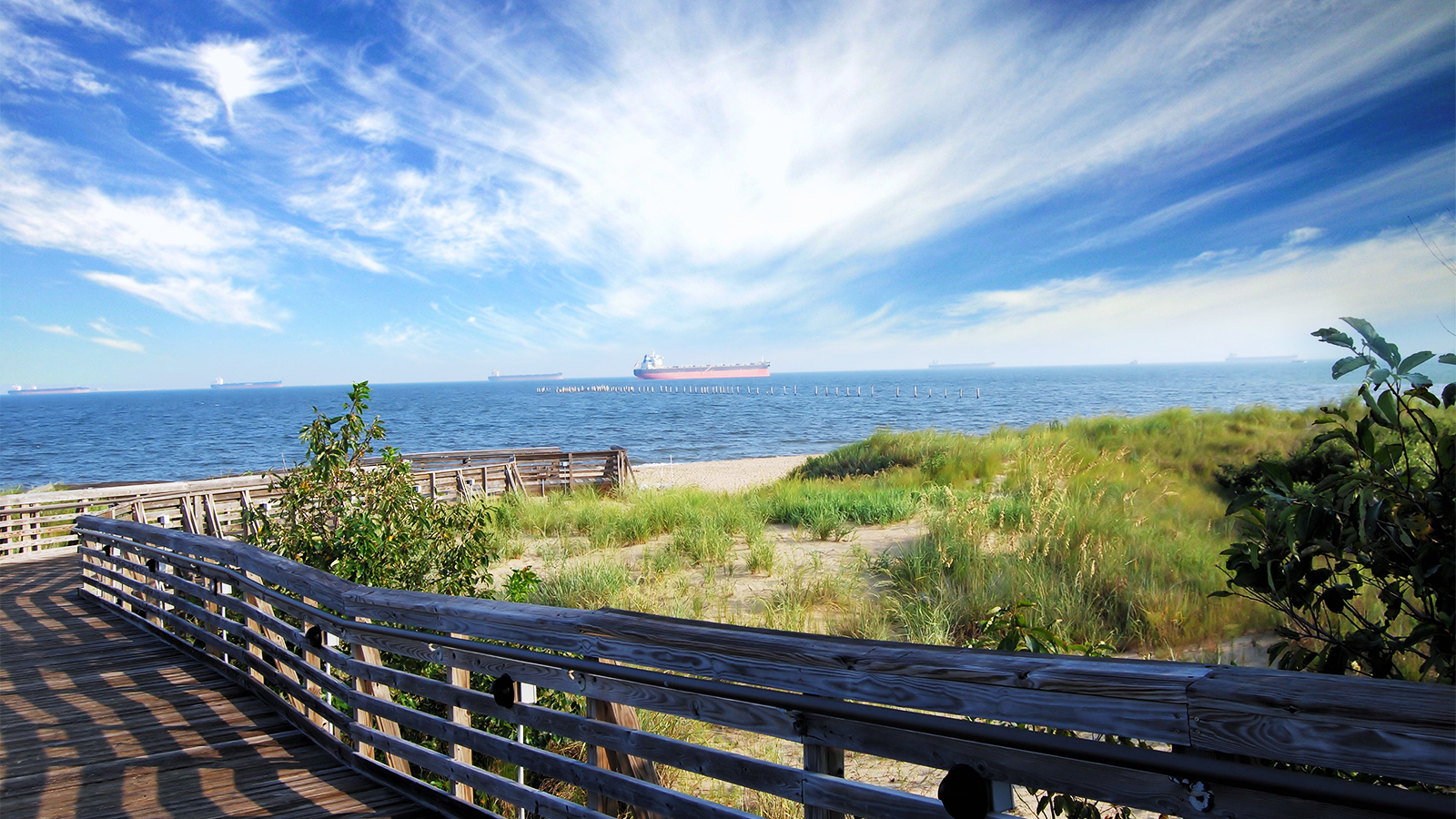 About The First Planned State Park of Virginia

First Landing State Park (formerly Seashore State Park) offers recreational opportunities at Cape Henry in the independent city of Virginia Beach, Virginia. The entire park is listed on the National Register of Historic Places as Seashore State Park Historic District, for its significance as the first planned state park of Virginia. The state park is near the site of the first landing on April 26, 1607 of Christopher Newport and the Virginia Company colonists before establishing themselves at Jamestown.
First Landing offers boating, swimming, nature and history programs, hiking, biking, picnicking, a boat launch, cabins and 19 miles (31 km) of trails on 2,888 acres (11.69 km2). It also has campsites that have water and electric hook-ups. The park's name was changed in 1997 from Seashore State Park to First Landing State Park to reflect its heritage as the first place where members of the Virginia Company landed (though its former name is still commonly used by Tidewater locals).
Virginia's most popular state park, it's visited by over a million people each year. Its main entrance is located on Shore Dr. across from the beach camping entrance.
Source: Wikipedia.org; Photo: By Virginia State Parks staff [CC BY 2.0 (http://creativecommons.org/licenses/by/2.0)], via Wikimedia Commons

The trail roughly parallels the Cape Henry Trail but offers a much different hiking experience. It follows along the edge of the bay and salt marsh lands for over half its 5 mile length. It also passes near While Hill Lake, offering lovely views of the lake and the open wetlands that surround it. Just south of its northern junction with Long Creek Trail, there is a salt marsh boardwalk and a viewing platform. This trail is one of the best bird watching trails in the park, especially along its southern half.