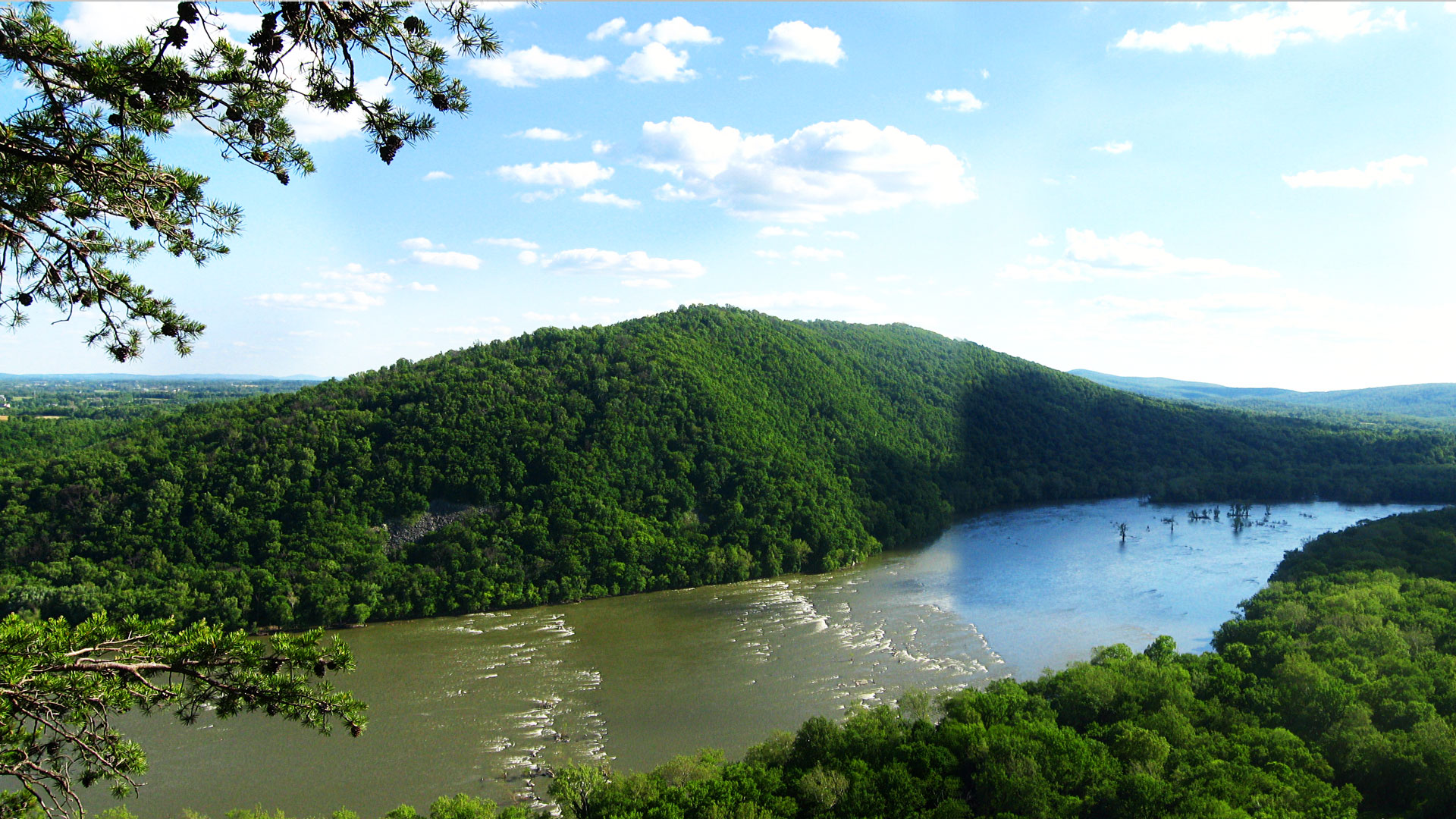 The Potomac River is the fourth largest river along the Atlantic coast and the 21st largest in the United States. It runs over 383 miles from Fairfax Stone, West Virginia to Point Lookout, Maryland and drains 14,670 square miles of land area from four states and Washington DC. The Potomac River flows into the Chesapeake Bay and affects more than 6 million people who live within the Potomac watershed, the land area where water drains towards the mouth of the river.

The river has two sources. The source of the North Branch is at the Fairfax Stone located at the junction of Grant, Tucker, and Preston counties in West Virginia. The source of the South Branch is located near Hightown in northern Highland County, Virginia. The river's two branches converge just east of Green Spring in Hampshire County, West Virginia, to form the Potomac. The Potomac's major tributaries include: the Anacostia River, Antietam Creek, the Cacapon River, Catoctin Creek, Conococheague Creek, the Monocacy River, the North Branch, the South Branch, the Occoquan River, the Savage River, the Senaca Creek, and the Shenandoah River.

Take a tour through the wilderness and stunning views of Upper Potomac River.