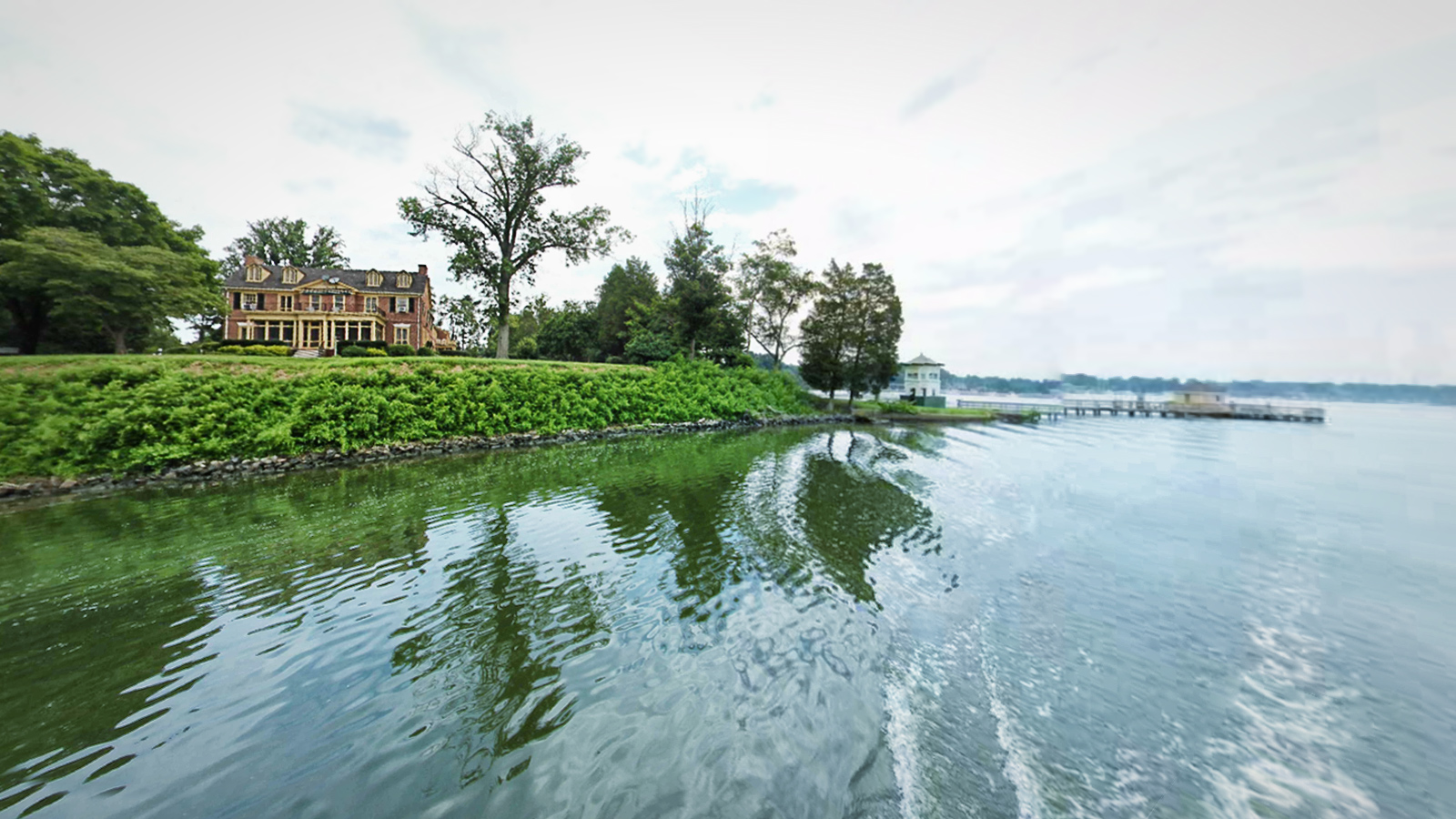 About Rich in History, Scenic Views and Rare Wildlife

The Sassafras River is a tributary of the Chesapeake Bay on the Delmarva Peninsula in the United States. It is about 22 miles (35 km) long and starts in western New Castle County, Delaware, and along the boundary between Cecil County, Maryland on the north and Kent County, Maryland on the south. It rises southwest of Middletown, Delaware and ends at the Chesapeake Bay in a wide mouth between Howell Point near Betterton, Maryland and Grove Point on Grove Neck. It is south of the Elk River and north of the Chester River. The Sassafras River is entirely within the coastal plain. Its watershed area (including the water surface) is 97 square miles (250 km2), with 83 square miles (210 km2) of land. Thus, its total watershed area is 14% water.
A peninsula along the southern shore of the river containing several large farms and a large pond assembled into one property by the former owners of The Granary marina and restaurant at Georgetown, Liz Maytag and Mike Revuke, has been preserved as a wildlife sanctuary.

The Sassafras River is home to many boats and four large marinas, all of which are located near Georgetown, Maryland.

The Sassafras Watershed, aside from its 12,000 year history as an early home to paleo-Indian, archaic and woodland period inhabitants, serves as habitat to many rare, threatened and endangered species. The Puritan Tiger Beetle, Eastern Tiger Salamander and Bald Eagle are only a few examples of threatened and endangered species who call the Sassafras Watershed their home./ Sassafrasriver.org