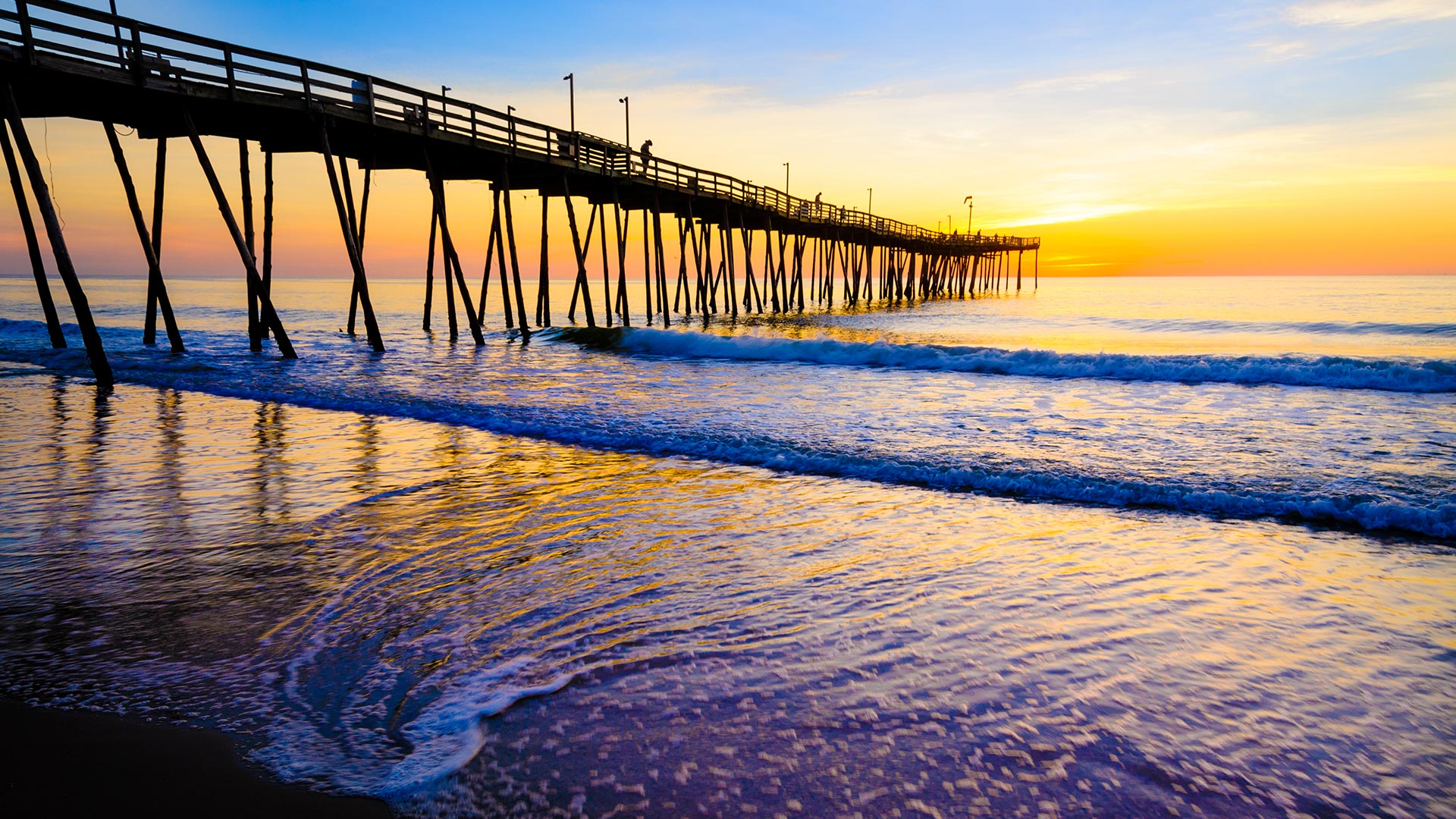 The Land of Beginnings

About Outer Banks - the Land of Beginnings

The Outer Banks is a 200-mile-long string of narrow peninsulas and barrier islands off the coast of North Carolina and a small portion of Virginia, beginning in the southeastern corner of Virginia Beach on the east coast of the United States. The Outer Banks are a major tourist destination and are known around the world for their subtropical climate and wide expanse of open beachfront. The Cape Hatteras National Seashore has four campgrounds where visitors may camp. The Outer Banks also offers a multitude of fishing options for tourists as well as locals.

As impressive as the natural setting is, though, the Outer Banks actually holds several national claims to fame because of its amazing attractions. Visitors can enjoy, in relatively close proximity, the offerings of three National Park Service sites; including, the site of man’s first powered flight (Wright Brothers National Memorial), the country’s first National Seashore (Cape Hatteras National Seashore), the country’s tallest brick lighthouse (Cape Hatteras), the first attempted colonization by the English in what would become the New World (Fort Raleigh Historic Site) and home to the first English-born child (Virginia Dare). These are but a few of the Outer Banks national and international distinctions. This area also hosts two National Wildlife Refuges, one of the few remaining original U.S. Lifesaving Stations, a Weather Bureau Station and five lighthouses to view (and three to climb during certain times of the year).
Source: Wikipedia.com, Outerbanks.com

Surround yourself with nature! Seventy-two miles of wide, unspoiled and uncluttered ocean beaches.